Home » min7b5 Chords » How to play an Ebm7b5 chord on Accordion

How to play an Ebm7b5 chord on Accordion 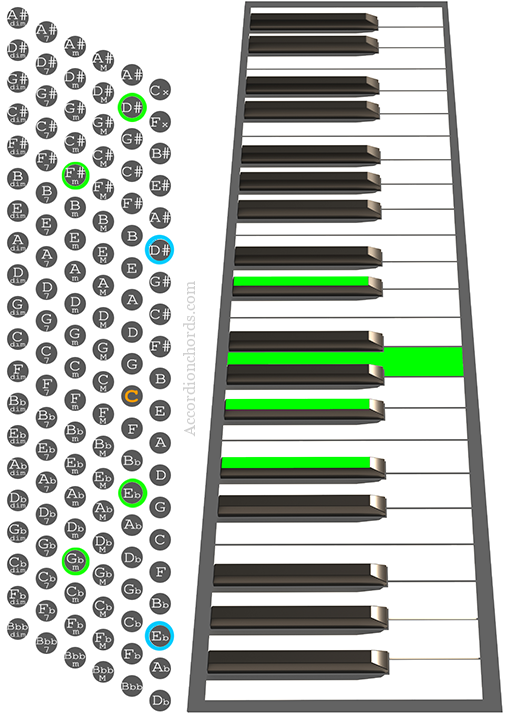